Check out Tim Grimm on the boobtube

WHAT: DittyTV Debut of “Gonna Be Great” 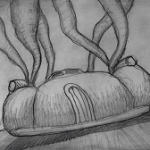 Tim Grimm’s “Gonna Be Great” Video Is A Masterpiece:

The Pencil Animation Rendering by Bill Plympton Is Chilling, Spellbinding And Gnarly.

Tim Grimm’s critically acclaimed album A Stranger Is This Time, had many ghosts running through it as it spun out of the gates when it was released in 2017. It was scattered and smothered with faces, places, and outcomes; and they are still bubbling underground. “Gonna Be Great,” was the song that radio latched onto for rotation and critics focused on it for their reviews. This song was different, yet it was hauntingly familiar, for it was telling a story that happened to be the truth. Something that hadn’t happened, just yet. Tim’s song, simply put, is about our country’s current state of affairs-spearheaded by our current President, whose campaign promise was to ‘Make America Great Again’ and everything was gonna be great IF he was voted in office.

“Gonna Be Great,” written by Tim and his son, Jackson during Donald J. Trump’s 2016 U.S. Presidential campaign and without naming names, the song can ‘draw’ up many conclusions.

As told by Tim, “Jackson had the (music) verse progression, and it was darn catchy. I walked back to the cabin with that playing in my head and the state of the country weighing on my shoulders. I worked on it a while and added a chorus. Got a fair chunk written in one sitting and walked around for a few days, with notes, and finessing lines. Both Leonard Cohen and Bob Dylan’s spirits rattled around in my brain somewhere….”

It seems as if Tim and his son were predicting the future and now it’s been brought to life.

“The votes were all counted; it was worse than we feared,

The water’s been poisoned for dozens of years

As the song states, there is a businessman in a business suit, that drives through towns in a long black car leaving clouds of dust like a gangster, leaving behind piles of victims. His victims are varied; a burning White House, wildlife, nature and at the end, the final death of the American dream. The gang of lizards that are with him are very mafia-like and just like the reptile itself, they too, like Trump are unforgiving.

The video was created by Oscar-nominated animator and mastermind Bill Plympton (Your Face, Guard Dog) who dug back in the Warner Brothers film vaults for inspiration. He took from the old gangster animations that had dark elements to it and used the lizards as mercenaries in this chase. Painstakingly line by line of the verses and chorus, he brought it to life. Matt Groening, the creator of The Simpsons, once called Bill, “A god” and for a good reason;

“What I loved about the song “Gonna Be Great” was the texture of Tim’s voice, matched with the deep poetic lyrics that gave the song a mysterious and haunting feeling.  I tried to match that emotion with dark film noir visuals that were like an old Warner Brothers gangster movie,” Bill explains his approach.

“… gnarly unvarnished insightful lyrics, telling it like it is (Acoustic Magazine UK)

“As a songwriter and performer, Grimm has learned his Guthrie lessons well. His songs are uniquely his own, yet they seem instantly familiar.” – SING OUT!

About Tim Grimm: The native mid-westerner has spent many a year traveling around the world singing his songs, in front of a camera and on stage as an actor. He has appeared in several national television series, major motion pictures and his first love, theatrical stage. Tim takes his cues from the world around him to write his songs as well as his life. He has released a 10 total albums and his latest A Stranger In This Time, was a #1 album and song on Folk Radio with the song, “Gonna Be Great” and now is a favorite at his live shows.

Tim’s fans love his passion for the truth, and critics love him for his poetic honesty. He’s a wanderer for sure but he’s not lost he’s just looking for a place to put his hat.

So, without any further adieu, I want you to view this video for exclusive showing on your media site. I think after you watch it, you won’t be able to listen to the song, “Gonna Be Great” without it.

Uncategorized
Come on down to the Bayou: Morgan City, LA
Do you know where the Hidden Hills are?