Book your flight with Grant Hill and fly with debut album out on February 19, 2021 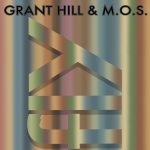 Grant Hill and M.O.S. Has An Aerial View Of Life

Second single “Send Me An Angel” out on January 22, 2021: “Sometimes you gotta ask The Universe to send you an angel to guide you through the maze of life.” – Grant Hill

Grant Hill and his band, M.O.S.’s debut album fly, depicts a journey of a man who didn’t quite know who he was until he got to each place along the way, whether it was the bar, the church, or moments in dark places. He’s got a survivalist attitude, a tough grin, and a lead foot for life at times, but his natural talent for storytelling and conveying emotions will impress everyone. Recorded at the legendary EastWest Studios in Los Angeles, California, with producer Les Camacho (Iggy Pop, Massive Attack), fly is set for release on February 19, 2021.

Grant hails from Canada but has made Los Angeles his home for almost twenty years; he spent his younger days chasing his dreams by running into the wind and battling demons only to come out on the other side. As a teenager, he had his eye on L.A. to grow as a songwriter and performing artist by playing solo or with others in bands. Grant’s influences pull from iconic songwriters like Neil Young and Bruce Springsteen to the modern sounds of Griffin House and Anders Osborne; Grant can give the listener something to resonate with emotionally while he spins his lyrics.

“Send Me An Angel” his upcoming second single off of fly, infuses the philosophy of Bob Marley with soaring rock chords, Grant writes about surrendering to a higher level. Along life’s journey, there are times we will call on The Universe to give us some divine intervention to see more clearly. This kind of vision gave Grant the sense he knew something bigger than himself was driving the process of how the art is created as he wrote this song.

His first single, “My First Friend,” was a toast, one that takes the listener on a walk with words about him and his friend and their early days growing up together and by the end, Grant sends her off with the swelling music as if she were flying through the clouds. The song has gotten airplay from across the pond by legendary U.K. DJ Peter Antony, who called it “a winner!” Here in the States, radio is picking it up for their holiday programming; so, watch for it.

Each song on fly is one of a kind, whether it’s the title song, “Fly,” “Whisper,” or the powerful “Send Me An Angel,” Grant’s got an eye for perspective because he’s lived it all. Growing pains in Canada, hanging out on the Sunset Strip in Los Angeles, a successful businessman by 25, falling in and out love in Florida and before he took the bus back home to California. His journey is one for the ages, climbing up, falling to picking himself back up by the bootstraps.

“Fly” – “A powerful message of waking up to a peaceful surrender with self-realization at the helm of the boat. After a turning point in the lowest part of my life, I wrote it a few years back,” Grant explains.

“Whisper” – “These words came from an interview I heard with The Allman Brothers Band while still living in Canada. It took me a long time to write – almost 15 years! The song had a life of its own; it was about a window of time hanging out on the Sunset Strip and the disparity of a rabbit hole. It finally took shape in the studio with Les Camacho – the “a-ha! That’s it – moment!” says Grant with a smile.

Entering a legendary studio like EastWest was exciting and nerve-wracking simultaneously for Grant but as the music came together; he began to see the light. The musicians for fly were handpicked for the project by Les, that became his band, M.O.S.; these members included on bass the late Orlando Sims (Chalk Farm) and Hal Cragin (Iggy Pop, A Fine Frenzy), guitarists Mitch Perry (Mitch Perry Group, McAuley Schenker Group, Asia with John Payne} and Jared James Nichols, Rafael Padilla (Chris Isaak) on percussion, and backing vocals by Durga McBroom (Blue Pearl, Pink Floyd). Current members of M.O.S. – some that have also performed on the studio project: Simrin Phull on guitar, Edwin Livingston (Natalie Cole, Elvin Jones, Mary Chapin Carpenter) on bass, drummer Devin Lebsack (White Wizzard, Hed PE), Joel Stites (Scapegoat Wax) on keys and backing vocals, and Nelson Bragg (Brian Wilson, The Quarter After) on percussion and backing vocals. They have created a backdrop of sounds that carry and complement Grant’s voice and lyrics.

Grant Hill’s debut album fly brings his life full circle now as he looks towards the future with live shows, meeting fans, and living the dream. He has met some colorful characters, experienced some love and heartbreak only to rise above the ashes. With that dichotomy of experiences, his songs bring forward a glow of hope that can only come about through a clarity of vision and an in-depth look at one’s spirit.

Uncategorized
Grant Hill & M.O.S. celebrate friendship with “My First Friend” – single out on 11/20
Meet The Tummies – a Brit-pop-rock band that will swing, shimmy and sing into your “Little Blue Heart”